At last the legendary ‘on-line’ game is a ‘live’ experience, bringing families and friends together for puzzle-solving fun!

Over 11,000 years ago there existed an island in the middle of the ocean populated by a noble and powerful race. The god Poseidon ruled the seas and made his first son, Atlas, king of the island. The people of this land possessed great wealth thanks to the natural resources found throughout their island. The island was a center for trade and commerce.  The rulers held sway over the people and land of their own island and well into Europe and Asia.

For generations the Atlanteans lived simple, virtuous lives, but slowly they began to change. Greed and power began to corrupt them. When the god Zeus saw the immortality of the Atlanteans he gathered the other gods to determine a suitable punishment.

In one violent surge it was gone. The island of Atlantis, its people and its memory were swallowed by the sea.

A team decides to find it and when they enter the temple they find there is no way out….

You have just 50 minutes to discover the secrets of Atlantis and escape before you are lost within the ruins forever! 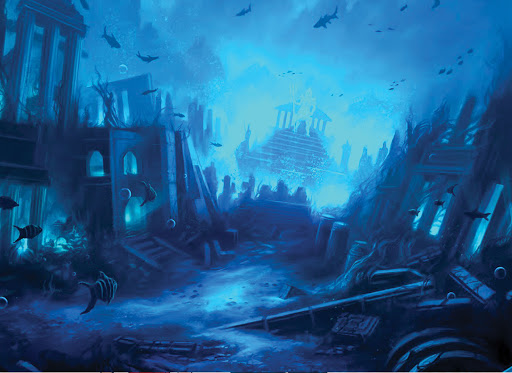