The earliest known labyrinth pattern is the ‘Cretan’ labyrinth design. Its seven rings of paths are easily created by drawing a cross and four dots and then joining them up to form eight concentric rings of barriers, leaving seven rings in between. This image has for many thousands of years been carved on rocks and produced as full-sized turf and stone labyrinths throughout the world.

The earliest and most famous labyrinth myth is the Greek legend of Theseus and the Minotaur. The Minotaur was born half man and half bull and was kept in a labyrinth designed by Daedalus for King Minos of Crete. Athens had lost a war to Crete and as a form of tribute was forced to send seven young men and seven maidens to be sacrificed to the Minotaur. Theseus, son of the king of Athens, volunteered himself as one of the group with the intention of killing the Minotaur and liberating Athens from the domination of Crete. King Minos’s daughter Ariadne provided him with a ball of thread to unwind as he ventured through he labyrinth, thus enabling him to retrace his steps after the deed was done and find his way back out. Theseus entered the labyrinth, slew the Minotaur and escaped from Crete taking Ariadne with him.

This is one of the most influential of the Greek myths. It has been kept alive over the centuries by labyrinths around the world as designs on pottery or etched on walls of caves. Sixteen hundred years later the labyrinth remained central to Crete’s culture, appearing on Cretan coins up until the first century BC and then on mosaic images in Roman times. As Christianity spread, the church adopted the labyrinth design as a form of symbolism, ritual and penance. These further developed into hedge mazes during the Renaissance and Victorian years, even reviving to be printed on paper currency by the Bank of Crete in 1917!

The park’s Cretan labyrinth is made of stones collected within the area in which it is placed. It has a 16m diameter and takes approximately 7 minutes to walk, at a leisurely pace. The entrance is from the south and in the center is a brass sundial. 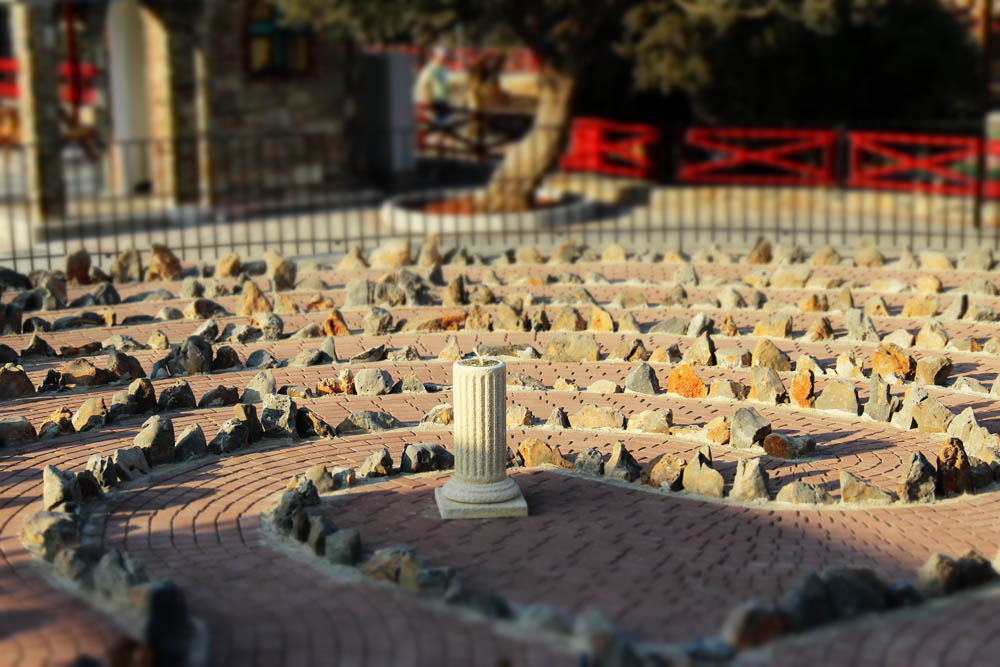 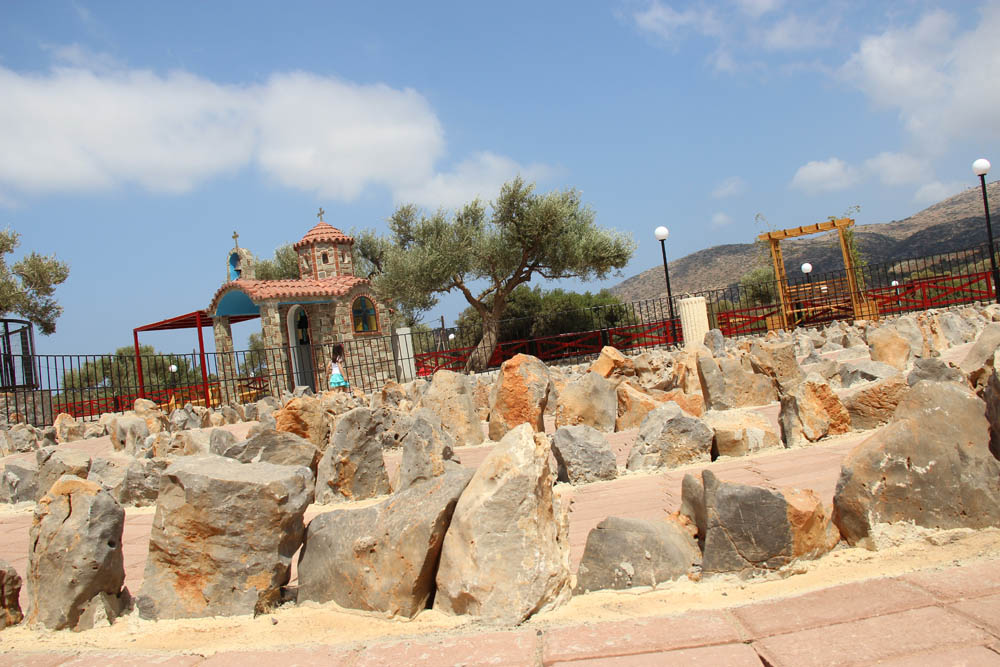 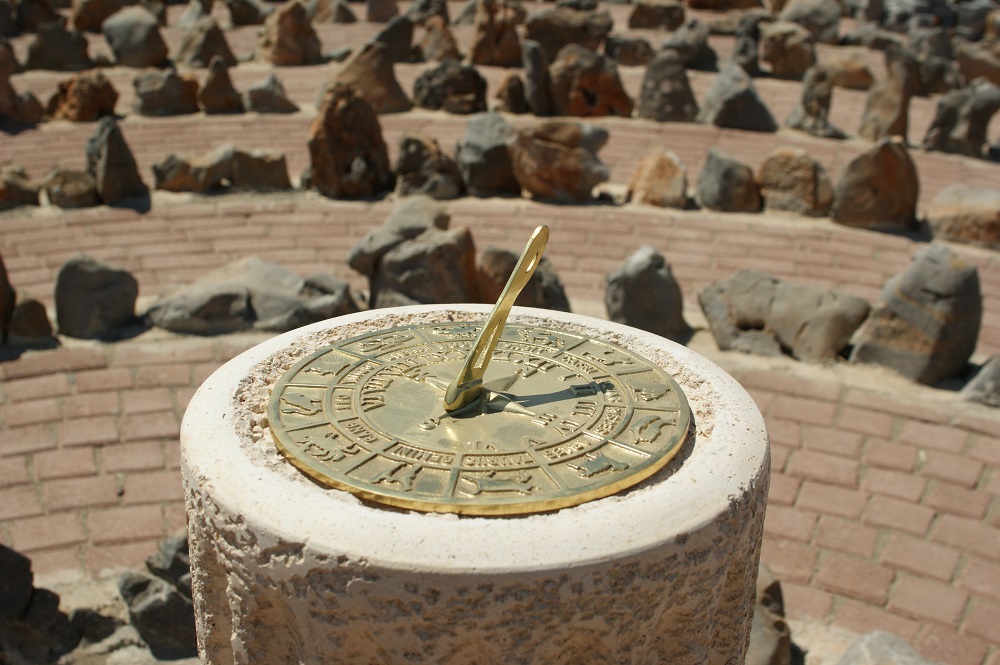